April 2016 marks one year for Java and Mr. Peaberry. They were both born in April 2015, within a few days of each other. It’s been a big year for them, what with weaning, moving thousands of miles and an ocean away from their birth farm, and getting all grown up. Admittedly, for a miniature horse “grown up” is a relative term. They are now likely at their maximu 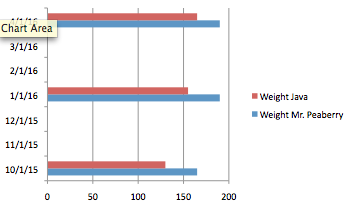 m heights, with Java at 29 inches (7.1 hands) and Mr. Peaberry at 32 (exactly eight hands high). Their weights haven’t shifted much since their last weigh-in, but they’re just about right at 165 and 195. They look good and they feel good, frisking about together in their pen as they try to figure out how to be adult horses.

They decided to celebrate their birthdays by making an escape. This is only the second time since they’ve been here (seven months now) and this time, it took less than half an hour to round them back up and get them safely in their pen. We had eight inches of rain over two days and Java took advantage of the slippery mud to ooze under the gate. She apparently got her head under and lifted the gate off its hinges as she pushed all the way through, breaking the zipties we had originally put on to help guard against just such a thing. In the Kona sun, zipties don’t last as long. Clearly, we have some rethinking to do on the gates now that the horses are slightly bigger, stronger, and smarter. Once she had the gate loose, Peaberry just walked out after her and up the hill to the neighbor’s coffee field they went. We discovered they were gone the next morning when another neighbor drove up and said his friend had seen them go holoholo (walkabout) up mauka (towards the mountain). We had just sat down on the lanai with our morning coffee, barely awake yet, but there’s nothing that wakes you up faster than horses on the loose. A little pelleted feed in a pan and they came right to us, allowing themselves to be haltered and led back downhill with relative ease. 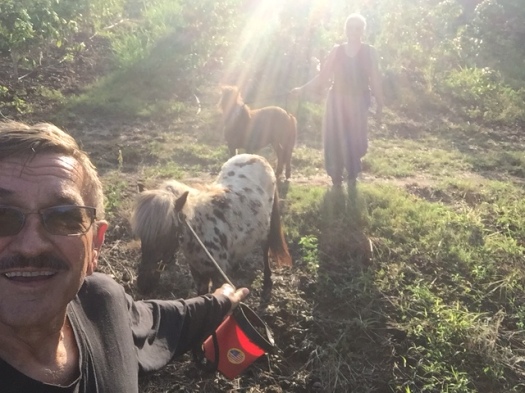 I finally decided to shave them as the rains came back to Kona (they had not yet been fully clipped in the above photo). We had a dry, cool winter and they seemed to appreciate their long hair, but with rain comes mud, and their daily grooming sessions began to be more about just getting the mud clots out of their coats temporarily. Although they have a shelter to get in out of the rain, like most horses they always seem to opt for the least sensible thing to do. So they are not shaved to the skin, but they have much shorter coats that are much easier to care for now. Java still reminds me of an Ewok with thicker, coarser hair than Peaberry. His is cornsilk fine and he is soft as can be when clipped. Less hair also makes it easier to see their general conformation and body condition. They look less like plush toy ponies and more like the small, fine-boned, well-proportioned horses they are. With summer heat and rains coming on, I’ll likely keep them clipped. Of course, summer heat and winter cool vary only a few degrees on the island but if you live here year-round, you can definitely tell the difference.

And now that we’re in somewhat of a lull with coffee farming activities and our house is complete (we had our house blessing last weekend), I can turn my full attention back to training and playing with the horses so this blog should be updated more regularly.